I introduced Guitar Whisperer Blog in January 2015. In this blog, I hope to explore the dissonance between the way guitarists play and the way they speak or write when trying to teach others to play; I’m interested in exploring the dissonance between the sensitivity and integrity artists bring to their art and the lack of insight that often accompanies attempts to teach the art; I’m interested in the things guitar students do that interfere with their musical creativity; I’m interested in exploring reasons behind the chasm that occasionally exists between matters of artistic intuition and matters of pedagogy. As I wrote on the research page of my new website when I updated it in 2016:

Why is it that guitarists today privilege an Urtext edition or facsimile over editions prepared by an editor, yet accept statements and writings about how to develop technique and how to practice that are essentially anecdotal? The idea is that an Urtext has an authority derived from it being based upon an original source (or in the case of a facsimile, is the source itself), while an edition mediated by an editor is usually seen as the editorial equivalent of being anecdotal and personal. But most writings on guitar technique are anecdotal as well—even those by famous artists—and seldom take advantage of previous research in physiology or psychology.

I’m interested in the differences between received wisdom and critical thinking and how they’re applied in the practice and teaching of the guitarist’s art. Where to start: there are writings about practicing whose authors seem to assume their purpose is only to set down how they practice; there are writings on technique that are oblivious about the function, capabilities, and limits of our bodies (the instrument we use to play our instrument); there are writings about memorization that would benefit from just a little knowledge of recent research in neurology and learning; there are directives masquerading as principles, the confusion of which can create default assumptions that can block a guitarist’s attempts to move forward as artist or teacher; there are writings about performance and interpretation that seem unable to escape the gravitational pull of the time in which we live, but they should escape this gravitational pull if we are to play music written before we were born.

Rather than post a stream of hastily written pieces, I suppose one could say that I practice “long-form blogging”: I prefer to research thoroughly topics I find interesting, useful, and not usually addressed. I’m not interested in writing about the guitar world’s consensual received wisdom. In the absence of peer-reviewed guitar journals that could be a means of presenting these topics, long-form and well-researched blog posts seem a good solution for writing about the intersection of pedagogy, performance, and the development of artistry on the guitar.

I’ve not been very active with my long-form blogging recently (meaning between my last post and mid-2019), but the ideas I had been exploring in the blog have turned into two books. Practicing Music by Design: Historic Virtuosi on Peak Performance was published by Routledge, a division of Taylor & Francis, in late June of 2019. More information about this book will be the subject of future blog posts. Note, however, that this book was not written specifically for guitarists; it is for all musicians working toward the acquisition of exception skill and artistry, either for themselves or those they teach. (That's why there's not a picture of a guitar on the cover.) 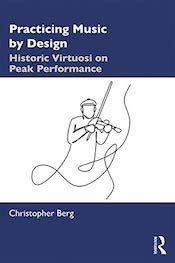 The second book is The Classical Guitar Companion, which was published by Oxford University Press in November of 2019, and I'll likely be writing more about this as well. 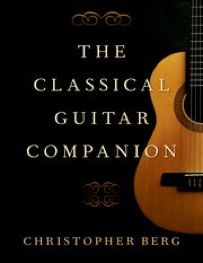 The publisher pages for these books each have chapter abstracts and a detailed table of contents. Here’s the Taylor & Francis site for the Practicing Music by Design: Historic Virtuosi on Peak Performance book and here’s the Oxford University Press site for The Classical Guitar Companion.

The Guitar Whisperer Blog uses Ghost, a new, lightweight blogging platform. I may mess around a bit with the format and modify the look of the blog, but I’ve decided not to add a comments section. This would be easy to add, and I’d love to hear what readers have to say, but given my performances, teaching, and and my work running the guitar program at the University of South Carolina School of Music, I don’t have time to take on the rôle of moderator.